This is the first in a series of articles about one of the big trends in gaming: Virtual Reality. It’s the future of gaming,  I know because that’s what the gaming media keep telling me. So it must be true! But what is it and where did it come from? Is it new technology or has it been around for a while? In these articles I’ll explore the various attempts at Virtual Reality (VR) from the past, look at the numerous VR options available today and have a glimpse and speculate on what the future may hold for VR.

But, as the Disney song says, “Let’s start at the very beginning, a very good place to start”

The first use of the term “virtual reality” actually goes back to 1958 in the English translation of Antonin Artaud book, “the Theatre and its Double”. It was a series of essays where Artaud described the illusory nature of the theatre as a “virtual reality”. So next time your kids say they want to try VR take them to the theatre! Just be prepared from some grumpy kids afterwards.

Nowadays the term Virtual Reality is used to describe a 3D digital experience where the user can interact with the environment around them usually through the form of a Head Mounted Display (HMD) and there have been a fair number of attempts to make this virtual reality, reality….I’m sure there’s some sort of reality paradox in that sentence.

Nintendo’s dabble into VR was in 1995. The console wars were in full effect, Sega vs Nintendo, and each company was doing what they could to stay one step ahead of the competition. With consoles like the Sega Mega Drive and the Super Nintendo being able to produce 3D graphics it was thought VR was the next logical step forward. For Nintendo this was the Virtual Boy, a portable 32 bit unit which, according to their marketing blurb would “totally immerse players into their own private universe”. And it did, as long as that universe involved playing tennis with Mario or playing Tetris in 3D. Oh and as long as the only colours allowed were red and black. It was released in Japan on June 1995 with a US release the following August. A release in the UK was planned for mid-1996. The US version retailed at $179.95 and Nintendo projected sales of 1.5 million units by the end of the year. The future was bright, the future was red and black, and the future was cancelled by March 1996. 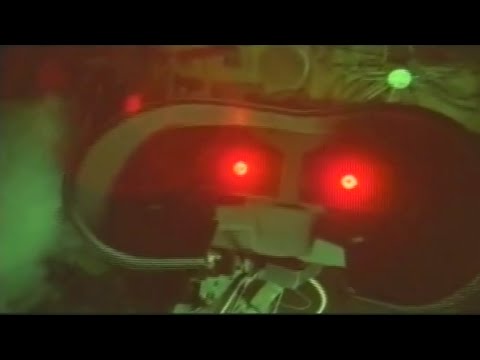 So what went wrong? By January 1996 sales in the USA had only reached 350,000 units. Why? It simply didn’t deliver the immersion promised.  Early prototypes of the Virtual Boy featured head tracking and allowed the use to look around the environment. This was dropped from the final production model in favour of a static view due to concerns over motion sickness experienced by early testers.  Instead, the unit had two legs at the bottom of the HMD which allowed it to rest on a table top and limited the movement of the user.

The single colour display certainly didn’t help either. While the Nintendo Game Boy had survived with a single colour LCD display, using a red LCD display for VR simply didn’t cut it. Nintendo had looked at using full colour displays in the unit’s development but found, with the technology at the time, they simply couldn’t get the 3D depth required to make the experience immersive. Instead early testers said the colour display simply made them see double images rather than the depth Nintendo were looking for. While the red LCD certainly gave depth to the images, it just wasn’t realistic enough to create a “private universe”.

The lack of game support was a major setback. In the mid-nineties gaming wasn’t as mainstream as it is now. Although attitudes were changing, it was still looked at as mainly something for kids and the game line up for the Virtual Boy shows that. Launch titles included Mario Tennis, a copy of which was included with every unit in the USA, Teleroboxer a first person robot boxing game and Galactic Pinball.  Nintendo discontinued the Virtual Boy at the end of 1995 in Japan and by early 1996 in the USA. The last game launched for the Virtual Boy was Tetris 3D. The unit never had a release in the UK. There are still a few unites around now and if you wanted you can pick one up on Ebay. At a price of course.

Sega, the other giant of the console wars in the nineties also worked on their own version of VR. At CES in 1993 Sega unveiled to the public Sega VR.  Four games were confirmed to be in development for it, and were set to be bundled with it. Nuclear Rush, Iron Hammer, Matrix Runner and Outlaw Racing. There was also rumours of a version of the popular arcade game, Virtua Racing for the unit as well.  Unlike Nintendo Sega opted for a full colour LCD display and motion tracking with their HMD. A prototype was available at CES in 1993 but it was kept behind closed doors with only certain invited journalists allowed to give it a try. The unit never made it to production and was soon pulled from its 1994 release date. Sega claimed it was cancelled because the VR experience was “so real” that users would try to move around while wearing it and may injure themselves. Yep, they actually claimed it was “too real” to be released. Of course it had nothing to do with the reports of people feeling nauseous and suffering headaches while using it. Or with a report from the Sanford institute warning Sega of the health hazards of prolonged use. 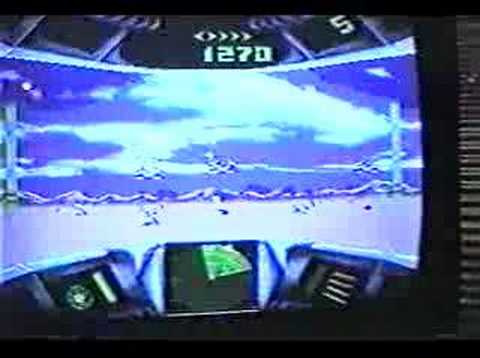 Although it was pulled from the home market the unit design didn’t go away. In 1996 Sega announced the opening of Segaworld in London’s Trocadero. Segaworld was to be the world’s largest indoor theme park stretched across 7 floors of arcade fun.  At the heart of the attraction was Sega’s VR-1 machines, the latest iteration of the Sega VR. It was used in games such as Space Mission which saw players entering the cockpit of a space fighter to dogfight amongst the stars. Now here’s my VR claim to fame, I played it! Yes, in the mid-nineties on a family trip to London we visited Segaworld and I had a shot on Space Mission. It was a very surreal experience at the time and felt very futuristic. Despite Sega’s earlier claims however, the VR wasn’t “too real” and the graphics were about average for that time. Still, it was a lot of fun! If this was a reflection of what the Sega VR could have been like then, had it been released, it would have changed the home console market forever. But it wasn’t to be. Segaworld was sold a year later and changed its name to Funland. The attractions changed and it remained open until 2002 when it closed its doors for good. 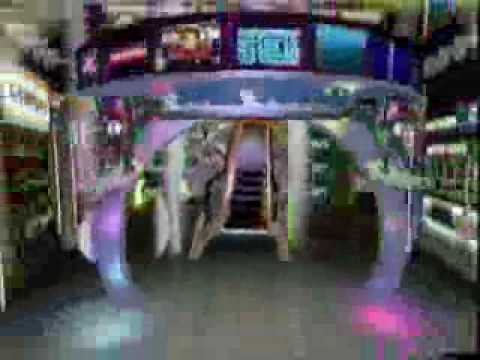 By 1996 VR as a home product was dead in the water, brushed off as too expensive and unfeasible as a home entertainment system. However, times change, technology moves on. Today’s home consoles are vastly more powerful than they were in 1996. Coupled with the rise in personal computers and Virtual Reality is now a feasible option in home entertainment. Join me next week as we discuss the various different options for VR in today’s gaming market and show how, today, you can experience Virtual Reality for under £15!