Remember the show Sledge Hammer!, with David Rasche as the caricature cop-on-the-edge with a penchant for violence? Give him Bruce Campbell’s chin, Max Headroom’s quiff and make him out of clay and you have Chuck Steel…

The plot is like taking the movie-cop cliche book to extremes – a gang of thugs have holed up in a warehouse with a hostage who they are going to repeatedly kick in the balls until they pop out of his nose (if interested, the magic number is 250). Only one cop can save the day – Chuck Steel!

What follows is 10 minutes of violence, explosions, bloodshed, brilliant names, one-liners (a personal favourite is “When are you gonna realise it’s not 1985 anymore – it’s 1986”), a sexually obsessed robot and pure unadulterated entertainment. Creator Mike Mort (he of the criminally underseen North Walian series Gogs) may be most recognised for the “Mr Boombastic” Levi’s advert from 1995, and the character design and use of sidejokes are easily identifiable.

There is talk of a Chuck Steel feature – based on the short, it’ll be nothing short of epic! Frightfest has always shown some great shorts, this is up there with the best ***** 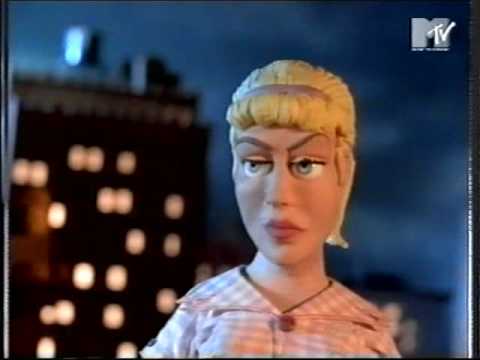